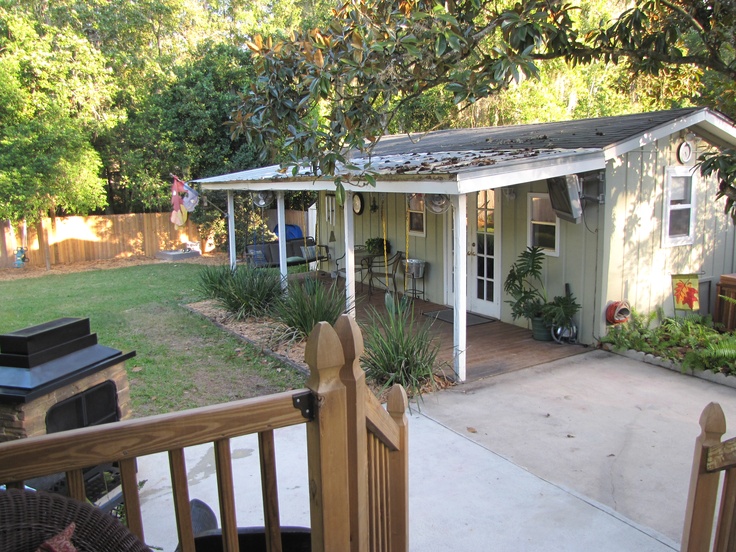 Sorry, this is a long article . . . sometimes an issue just doesn’t fit into a soundbite. This is one of them. The article presents the vote results and interpretation, additional information regarding ADUs, and the BHNA’s intentions for improving the proposed ordinance and integrating ADUs within Betton Hills.

Last night (Monday) BHNA Vice-Chair Michael Bannister and I attended a multiple neighborhood discussion of the proposed ADU ordinance.  After much discussion, most attendees agreed on the benefits of ADUs but felt that the proposed ordinance needed significantly more vetting in neighborhoods regarding its specifications, neighborhood notifications, and enforcement measures.  The BHNA supports this effort to get more neighborhood input and consensus-building prior to bringing the ordinance to the City Commission.

The BHNA serves to make Betton Hills an ever more friendly, safe, and livable neighborhood.  As a board, we most like to direct our efforts to those things that have strong neighbor support – enhancing our parks, helping neighbors get to know one another and the neighborhood, preparing for storms and helping storm-affected neighbors, etc.  However, there are times when a controversial issue arises and we must try to find the best way through it, seeking common ground where we can and adjusting as we must, but always aiming to make the neighborhood more friendly, safe, and livable.  Such an issue is the proposed changes to the ADU ordinance.

The BHNA sought the opinions of Betton Hills residents regarding a proposed city-wide ordinance to make ADUs easier for a homeowner to build/use.  ADUs are independent forms of housing placed on the same property as a single-family residence.  They may be attached to or detached from the principal home, but share utilities with it.  They are frequently called mother-in-law cottages, caretaker house, etc.

While ADUs are a controversial issue, we’re happy to say that we had a good response level to our information presentation and vote.  The ADU article on the BHNA website had 240 views!  66 people then voted/commented after being prompted by the BHNA Facebook Group, our email alert, and the website article.  The results are:

While ADUs are a controversial issue, we’re happy to say that we had a good response level to our information presentation and vote.  The ADU article on the BHNA website had 240 views!  66 people then voted/commented after being prompted by the BHNA Facebook Group, our email alert, and the website article.  The results are:

“As a couple in our early 70’s we support ADUs as an option for many who have aged with our neighborhood to “age in place”.”

In general, what the voters were saying “yes” to was making it easier for:  more elderly neighbors and/or those with serious medical conditions to age in their homes; relatives, in-laws, and adult children to live close by but to have a separate space; homeowners to make some income from a rental property; and for Betton Hills to be more accessible for young professionals and others through small, affordable, and well-designed and well-maintained rental properties.

“Potentially, traffic could increase and parking is an issue. The words “an ADU could be placed” is rather scary and makes one think of a trailer. Stable property values will be at risk with the fact that some properties will have an additional unit. Renters do not have the same commitment to a home and neighborhood as do typical homeowners.”

Are there risks involved in making it easier to build ADUs?  Yes.  We can anticipate some issues with where they are built, their appearance and materials, and the fact that they are rented.  There’s a part of me (called my heart) that would like to keep Betton Hills just as it is.  There are risks in that position too.  With a growing city and a recognized need for infill, the pressures on Betton Hills and other in-town neighborhoods for boosting population density are only going to increase.  It happens in every growing city.  For example, I’ve been dealing with a lot on Mitchell Ave. on which the new owner intends to destroy the existing house and sardinize the lot by putting up three houses.  Now, there are some peculiarities that make this legal in this case, but there are plenty of lots in Betton Hills that could be converted to tight two house lots.  Aside from their benefits stated above, I believe that ADUs, built to complement the existing house, whether attached or detached, is a better alternative for boosting density somewhat while increasing the property values but maintaining the integrity, natural beauty, charm, and sense of community within our neighborhood.

There are valid concerns raised by neighbors, whether they be pro, con, or neutral.  I’d like to present some new information we’ve learned to address some of those concerns.  Plus, I’ll repeat some points made in the previous ADU article as some concerns were raised that were addressed there.

“The demographics of our society is changing and yes, I am all for ADUs if they constrain to property line setback criteria that protects neighboring properties.   A rezoning notification process to add a separate ADU should occur in order for the neighbors to review and have input to ensure their privacy is protected and not unduly impacted.”

“I also strongly support the idea that no other variances should be bundled-in: no weakening of the boarding house rules, parking rules, etc.”

While the majority of responding neighbors support the direction of the ADU proposed changes, there are concerns that need to be addressed prior to approval of the ordinance.  The BHNA will work with other neighborhoods to promote these changes, including:

The vast majority of Betton Hills residents see the benefits of ADUs for family members, relatives, and caretakers.  Assuming adequate off-street parking, the issue centers around rentals and increasing density.

“I also agree with your view that they would be great rental units for couples and individuals that are just starting out, giving them the orientation and benefit of neighborhood living.   This provides the education and expectation of an established neighborhood that they will carry through their lives.”

As mentioned in the previous ADU article and by some respondents, the ADUs, if embraced, could offer an opportunity to minimize the adverse impacts traditionally associated with rentals and, instead, turn them into a neighborhood asset.  For instance, while we are getting a trickle of younger adults moving into the neighborhood, we could use more.  We all could benefit from their energy, perspective, and dreams if channeled toward making Betton Hills an even more friendly, safe, and livable neighborhood.  They can assist their neighbors, show off their babies (I’d like to see more of that!), be another set of eyes on our homes and cars, and push for more sidewalks, bikeways, and safe street crossings, for instance.  Having some affordable rental ADUs may stimulate their starting here . . . and maybe choosing to stay whether in the ADU or eventually buying a home.

It’s incumbent upon us to integrate the new neighbors into the fold of Betton Hills.  Additionally, the ADU issue stimulates us to ask questions of ourselves like:  What are the voluntary behaviors and values we would like for all neighbors to demonstrate regarding our property, neighborhood participation, and interactions with neighbors?  How do we communicate and promote those behaviors and values throughout Betton Hills?  What can each one of us do to make Betton Hills more friendly, safe, and livable?  The BHNA will pursue neighborhood-based answers to questions like these.

As indicated above, ADUs will not come close to dominating Betton Hills.  Let’s not let the challenges they present infringe upon our traditions of being a helpful and sharing neighborhood.  Let’s extend a welcoming and guiding hand to new neighbors, young or old, relatives, homeowners, or renters, and develop in them the neighborhood consciousness that makes Betton Hills the best neighborhood in Tallahassee.