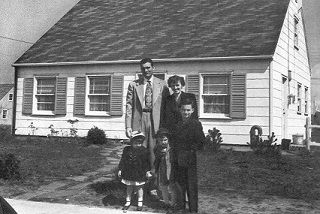 Recently, a prospective Betton Hills homebuyer became extremely upset about language in the original restrictive covenants for a subdivision in Betton Hills.  So upset, she was put into a quandary concerning whether to go forward with the home purchase.

To see the July 1, 2019 Tallahassee Democrat article on this issue, click here.

She knew racially-prejudicial covenants were found to be unconstitutional in 1949.  She knew the covenants had expired in 1970.  Given those facts just made her more upset that the covenants were still linked to the deed forwarded from the title company by her realtor.  The buyer reached out to the BHNA, city officials, and others to see what could be done to remedy the situation . . . to get the expired restrictive covenants document deleted and separated from the deed and hence the home selling/buying process.  She felt their presence implicitly . . . if not explicitly, endorsed a “white only” home buying preference.

Here’s what the covenant states: “No person of other than the Caucasian race shall own, use or occupy any property in said subdivision except that this covenant shall not prevent occupancy by domestic servants of a different race or nationality employed by an owner or tenant.”

When we bought our home, our realtor pointed out the list of restricted covenants and that, as they were expired, they no longer applied to our subdivision.  (Betton Hills has approximately 16 subdivisions within its boundaries.)  Given that they had expired, we didn’t think much more about them.  But, with this recent incident and the visceral anger it engendered, I wanted to better understand the history behind these restrictive covenants.  What I found not only clarified, but expanded, my awareness of a broad and systematic government-endorsed segregation, the effects of which are still with us.

A Brief but Sordid History

In the Great Depression, the 1930’s, a number of programs were enacted to get the country moving again economically.  The Federal Housing Administration (FHA) created one such program in 1934.  It subsidized home developers to build and home buyers to purchase new homes in subdivisions in city suburbs.  Who wouldn’t jump on the highway of this program?  With its low loan interest rates and mortgage insurance subsidies, one could buy a home for less than what one was paying in rent in the city.  There was only one catch.  Every home in these subdivisions must have restrictive covenants that prohibited sale or resale to non-Caucasians.

I want to emphasize that this was not just in Betton Hills, Tallahassee, or the South.  It was a national program.  It essentially subsidized the “white exodus” to suburbs, and the subsequent segregation of our cities, on a national scale.  85% of the subdivisions built around New York City in the 1930’s and 40’s had the FHA-required restrictive covenants.

What was the rationale?  The belief was that African-American owners would cause property values to decline and thereby put the loans at risk.  There was no factual basis to this belief.  Actually, the evidence points to the opposite, as African-Americans were willing to pay a higher price than whites for a house in the suburbs.

After WWII, the GI Bill was enacted and the Veterans Administration (VA) established.  The VA created a subsidized home loan program to enable veterans to buy homes.  You can probably guess what happened.  The VA adopted all the FHA’s racial exclusion regulations.  African-American veterans could not get a VA loan for a home.

In 1948, the racial bias in the FHA underwriting regulations was found to be unconstitutional and deleted.  Private prejudices became the primary way to continue segregated housing.  In 1968, the Fair Housing Act prohibited racial preferences in home buying.

Although all of that happened decades ago, the ramifications continue to play out today.  Tallahassee, for instance, is one of the most housing and income segregated cities in the country.  By preventing African-American land and home ownership for so long, we have denied a substantial portion of our community the opportunity to acquire what is the most common means to accumulate wealth in America:  a home.  The appreciating asset of a home enables one to have collateral to buy a car to get to a decent job (as industry moved to the suburbs in the 1940s), send a kid to college, or to buy a bigger home or a home in a “better” neighborhood.  An owned home stimulates cross-generational wealth accumulation as the home is passed down as an inheritance.

We’ve seen, too, that local governments typically invest where the wealth is.  Hence, better schools, more parks, and better streets with sidewalks, streetlights, etc. in suburbs, all of which increase property values and owners’ wealth.  The sad fact is that while many African-Americans could have afforded homes in the suburbs in the 30’s and 40’s, those homes have now appreciated beyond their financial means.  The American Dream of home ownership continues to be denied, or, at a minimum, diminished.

One could argue that the stagnant inequality driven by prolonged denial of home ownership and its loss of economic and social opportunities fosters the police-youth mistrust that creates racial profiling, false arrests, shootings, and the resulting community confrontations.

I don’t have the fix.  I can say, that I imagine if I, as a non-Caucasian prospective homebuyer, read the restrictive covenants and this history flashed before my eyes, it would trigger intense emotions . . . and none of them good!  I can say, as a white homeowner, that I have a clearer and more in-depth awareness of the home-owning and related economic and social privileges based on skin color granted to my grandparents and parents and passed on to me and my children.

That’s not my America.  One of my verbal guideposts is:  “Ask not what your country can do for you – ask what you can do for your country.”  And for me in this sense, a country is any level of social organization.  For a safer, more equitable, more united, and more prosperous future for all Americans, it’s time for us to absorb the obligations of our past and commit to creating new remedies.  Admittedly, separating offensive but expired restricted covenants from a deed may be seen as small potatoes.  Perhaps more importantly, actions like this can mark the beginning of a new era of accounting for historical wrongs and creating remedies to reconcile our history with our national ideals.  Words matter . . . and so do actions.

As President of the BHNA I will be encouraging neighborhood association leaders, especially those in older neighborhoods, to see if this offensive language is linked to neighborhood deeds.  If so, to inform their residents and join with us to tackle this systemic injustice.

A special thanks is extended to Mario Taylor for serving as editor of this article.