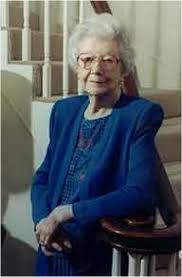 Dr. Pat Winthrop presented the following information on Thursday, September 26, 1991 at the Annual Meeting of the Betton Hills Neighborhood Association.

July 4, 1625, under President John Quincy Adams, the U.S. Congress granted General Lafayette one Township in the County of Leon and the Territory of Florida as a token of our gratitude for the aid he gave us in the American Revolution. A Township comprises 36 Sections, of 640 acres each, totaling a little more than 23,000 acres.

Betton Hill, with 1,350 acres, not so named at that time, was a very small part of the huge grant. In 1828, General Lafayette appointed Mr. Graham of Washington as his “true and lawful attorney to sell for the best price the whole tract of land with the exception of one and one-half sections to be reserved to his own use.”

November 18, 1833 he gold the balance, 9 Sections of the enormous tract to Nuttall, Braden, Craig.

I have tried to identify the one tract which became known as “Betton Place”. It contained 940 acres and cost $9,600.00. I traced the sales back through the last three successive sales, and they trace back to Mr. Turbut Betton’s purchase in 1841.

Sad to report, he paid neither principal nor interest in those ten years he owned the land. He built a house, improved and farmed his land. The Court at the end of the tenth year gave him three chances to pay his debt. Finally the Court ordered the property sold at Public Auction – or Outcry. It was sold to Mr. William Bailey of Monticello for $9,600.00. The Lafayette family lost $6,566.19 in interest.

Turbut R. Betton was one of 12 children. His brothers, T. Lane and Leroy Betton, were mentioned briefly in my Abstract. Another Betton brother bought Land in Tallahassee and built what is known as the Knott House.

Thus the Plantation and the Subdivision took the name of Betton Hill, not Betton Hills.

When I moved from the old Winthrop home in town in 1968, I found among all the papers unearthed by the move a 20″ x 48″ holographic plat of the Plantation that had been drawn up by Guy’s father, John Still Winthrop. I had it framed and donated it to the Special Collections in Strozier Library.

It was called Oak Dale Plantation! I do not know if it was an old, almost forgotten name or a fancy of Mr. Winthrop’s. I named a street in the area north of the north tier of lots on Marston and called it Oak Dale to preserve the name.

The question of roads and the dates has arisen lately. I talked to Bob Eaten Last Sunday. He told me that in 1934, Guy had given this Boy scout Troop permission to camp on Betton

Road. He said there were no roads in the area, that it was a long narrow strip of unbroken farm land. I extended Mitchell and Lee Avenue.

We had a strict Zoning Committees. One man on my street sold his lot because I would not relax our zoning laws.

It has been a long time since we have needed a Zoning Committee in Betton Hill. All the residents zealously protect their homes and their neighbors’. Even more effective is your

In all, Guy and I in later years put in addition to Old Betton Hill, nine additions. The development of Betton Hill was a family affair. It was produced by long days in the field and late evenings at his drawing board.

The streets were named for hie ancestors: Marston, Armistead, Winthrop, etc.; and named for his fellow army officers in WWI – Spence, Dillard, Lemond, Cline; Trescott – his best friend in the War; his closest friend at Yale University – Guy Chamberlin. The streets were named also for family members, including one of mine, Randolph and Mayfield named for my sister, Marion Mayfield (Madie). Chittendon was the name of Frank Winthrop’s wife. In memory of his war days, he named Argonne Drive, and I suggested Belleau Wood as a companion street.

Likewise the Parks; Winthrop Park which is the most used and popular in Tallahassee – a pleasure and a great boon to parents and grandparents for decades – and above all for the children.

Chittenden Park with its little rose garden where you will soon put up a marker to the memory of Carol Bellamy. A beautiful touching idea.

Harriman Park in memory of his great, great grandmother Henrietta Harriman Smith, whose portrait hangs above the fireplace in my family room.

Winthrop Memorial Park between Trescott and Armistead Streets consists of 23 acres, 9 given before Guy’s death in 1963 and 14 by me since. Can you imagine my shock and rage when suddenly and unannounced to we the name of this Park was changed to another name which is alien now and always will be alien to Guy’s beloved Betton Hill Subdivision. Mr. Arvah Hopkins assured me that it was perfectly legal.

Maybe in a few words I should explain why Betton Hill and the other plantations became the property of the Smith-Armistead-Winthrop family. It is a long and harrowing story, involving the shipwreck of the SS Home off Hatteras in 1937, the death of all but 40 of the passengers, including great-great grandmother’s daughter Fannie Croom. She, her husband and three children were lost. A law suit to establish a question of inheritance ensued which lasted for 10 years and ended in the Supreme Court awarding all lands and personal property to Mrs. Smith. In return the Smith-Armisteads promised to pay the debts of Hardy Croom, the late husband of Fannie Croom, in the amount of $100,000.00. There were other considerations, but these are the important facts. The land amounted to 8,008 acres – Barrow Hill Plantation, Lafayette Plantation and some parcels here and there in the County.

I have simplified the story, but one day I hope to write the true story. I have all the material with which to do it in my possession.

I know I have talked too long. Reading the Master Abstract was an experience. It contains much more that I would liked to have shared with you.

Thank you very much,