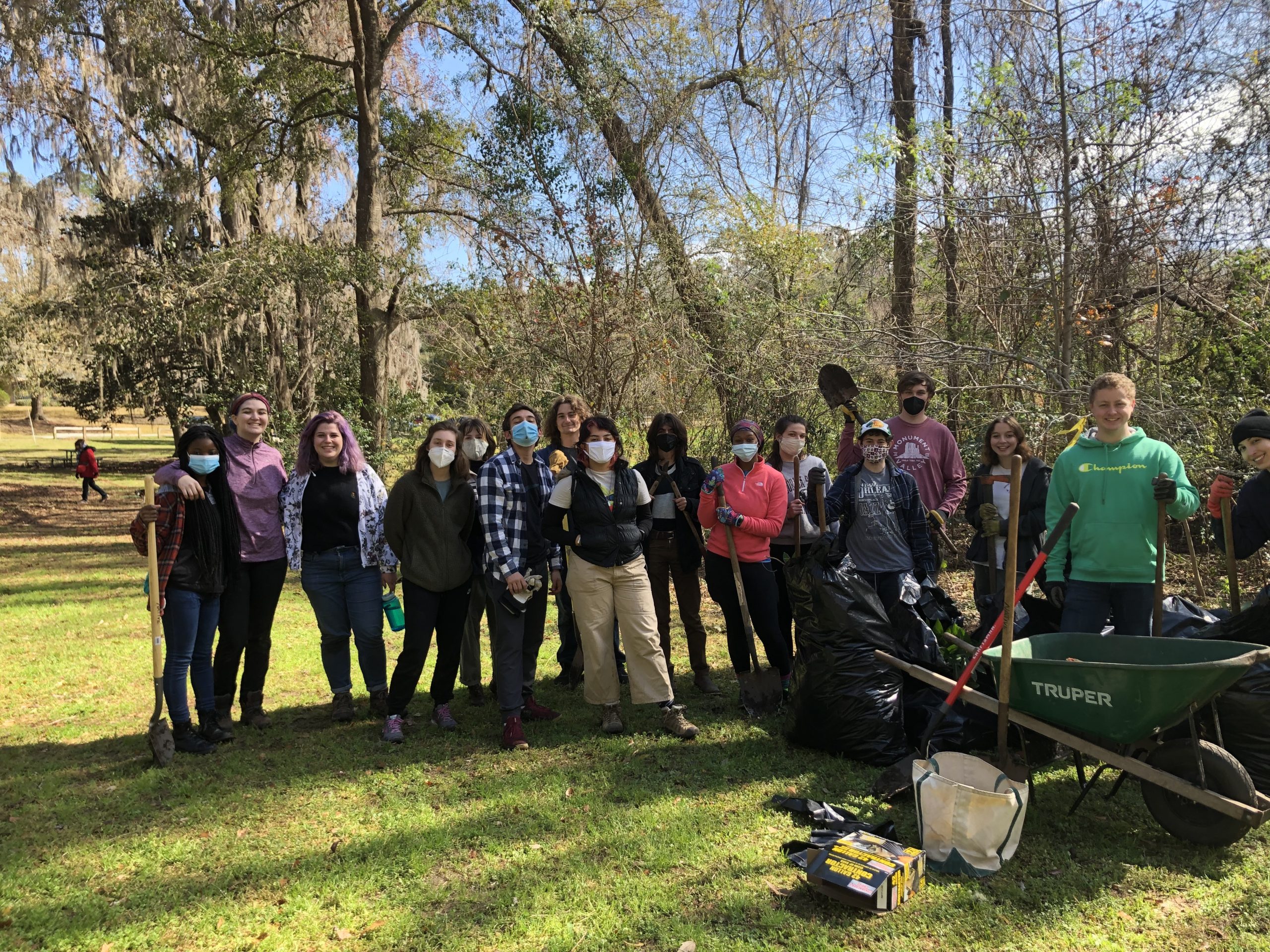 This event has ended

Isn’t it great that we live in a neighborhood where people pitch in to help even when they do not live in the neighborhood!

On February 5, 2022, 19 FSU students volunteered on a wintry morning to remove invasive coral ardisia plants from the same woodland where we worked on Arbor Day the previous Saturday. The students from the Environmental Services Program (ESP) removed and bagged the bright red berries and shoveled out the plants. They made a big dent! Thank you to the following:

A few days later Jody Walthall and a Native Nurseries employee Brendan Winter returned and continued to remove the larger invasive plants – camphor trees, Ligustrum trees, exceptionally large Chinese privets, Taiwan cherry trees, huge nandinas, chinaberry trees. They worked for four hours. Donna joined them for an hour of clipping and bagging more ardisia berries so the remaining plants will not be able to reproduce this year. Thanks to Native Nurseries for the “loan” of their employee and to the City of Tallahassee for debris removal.

Finally, Hope and Jesse Suber who live in an adjoining neighborhood, hauled their kayaks out on McCord Pond and spent hours removing all litter they could reach. They were not able to breach the masses of invasive water hyacinths which has trapped Styrofoam cups and other fast-food litter. However, the City of Tallahassee promises to remove these mats of hyacinths and trash from the pond. Jesse and Hope normally conduct their kayak litter patrol on Arbor Day at McCord but it was too cold for kayaking that morning. The pond looks great. Thank you Hope and Jesse.